We pulled up to the Hungarian-Romanian border at around 11:50 and proceeded to the vignette office. Our tentative knock on the window was met with a squawk from within and a gesture to a sign stating that they were closed from 11:45-12:15, seemingly so that the tax lady could watch the Romanian equivalent of Hollyoaks.

Passing through border security was fairly easy, switching the neons on seemed to make everything go smoothly. The main border guard, with the biggest gun, seemed to take a liking to Terry the bonsai tree and Basil the Basil plant. True to the word of the Daily Mail the queue to get out of Romania was orders of magnitude larger than the queue to get in (us, the ice cream truck and a pair of stray dogs).
Ten minutes into Romania we saw our first horse and cart, transporting what looked to be potatoes along the dual carriage way.

There seem to be people hanging around everywhere. In the roads. With children. In prostitute outfits.
We went through central Arad to search for a camp site at 01:30am and after being scared by several large dogs we decided to stay at a motel. 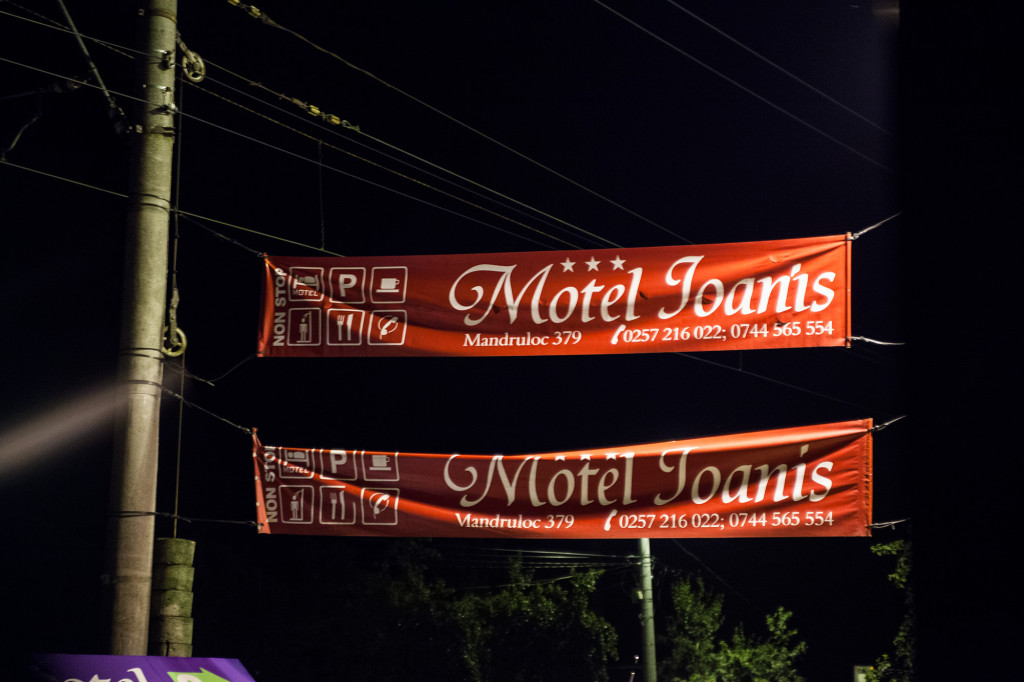 We started the 9 and a half hour drive towards Vama Veche, the Romanian Mongol Rally beach party. Blinded by visions of neons, strobes and naked women gyrating in the sea everything seemed worth it as we set out.

Romania is definitely up there with Bavaria in the running for most roadside trees (AKA ‘scenic beauty’). A large proportion of the roads were single carriageway, winding through gargantuan forested mountains, jutting out over the muddy river suspended by rusted soviet era infrastructure and curling around into corners you could pin your hair back with. Perfect limo cruising conditions. Cross dual carriageways with freight transport and impatient Romanians and you get lane-splitting, hard-shoulder-utilising madness, with up to three cars overtaking swathes of traffic at a time.

On one of the steepest corners we saw the Liverpool team parked up in an unmarked, non-rally vehicle waving for help. We drove straight past them intending to pull over or turn around, but the limo just isn’t cut out for such antics – the only roads you can u-turn on are 5 lanes wide. This triggered one of the first serious crisis talks of the rally so far, and we drove on in guilty silence.

We will remember Bucharest for its traffic and for being a place we got slightly lost. There’s probably more to it, but the limo drove on.

Past the city, we encountered the legendary Mongol Rally Ferrari. Like a monster cat fish, the Loch Ness monster or Mewtwo, if you see the Ferrari, you are compelled to engage in pursuit. Half a tank of petrol later, we’re not even sure he noticed a 21 ft limousine with blacked out windows cruising at 100 mph close behind him for half an hour.

By the time we were close to Vama Veche it was pitch black. This didn’t stop cyclists with no lights popping into the middle of the dual carriage for a gentle jaunt and some frantic arm-waving, or disincentivise men from urgently carrying their rugs to and from wherever they store their rugs.
We did make it to Vama Veche. Driving along sand tracks we found a television scrap-yard/car park guarded by a man who clearly passed most of his waking moments furiously beckoning cars into unmarked bays and pacing, nodding. Beckoning at its finest.

To book into the campsite we first had to join an hour long queue of approximately 8 people to talk to two sexy Romanians with obvious boob jobs. This was the process: fill out 1 piece of paper per tent, crowd everyone you know into the boob-filled office to receive wristbands, pay separately for every single tent with different debit cards (4 transactions) and leave. Then, return and queue for a further 20 minutes with a new form in order to receive permission to park in the TV graveyard. To confuse things, a man dressed as Captain Morgan (of Rum fame) ridicules you in broken English (he asked Dom to wash his face in exchange for alcohol) flanked by more fake-chested Romanians and occasionally gives away lukewarm coke and trinkets. Then, drink and find your way quickly into the sea.
Notable events of the night: Ollie beat a Romanian in an arm wrestle both right and left handed and won their respect. Ollie tried some backflips with some scouts and landed on his head. People on the tables, glass on the floor, naked bodies in the water, and pasta pesto at 6am back at the tents.

One day later. We packed down the tents, washed the shame and euphoria away into the sea, ate our roadside watermelon, relaxed under a grand piano and eventually left at 2pm to set off in the vague direction of Bulgaria.

The entry to Bulgaria was straightforward. Yet another border through which we could have smuggled a small family stuffed with drugs and weapons. Thank god for our choice of an inconspicuous car.
For the third time in the trip we resorted to using our mobile app, ‘Maps With Me’ to find somewhere to stay. The first two attempts had lead us to a guarded compound and an un-signposted, swirling pool of mud/road, so we were pessimistic. Pessimists are always rewarded – we were lead to a free campsite directly on the beach with room for (even ridiculously shaped) cars. The sun set over us as we cooked curry on gas stoves on a beach dotted by families with full dining tables and neon strips to light their meals.

To this point, the trip has been more about us driving, eating and sleeping (mostly driving) than it has been about the countries we have travelled through. Bulgaria and Romania blur together as the hills and styles of driving we saw through the tinted windows as we pushed through them. It has been about the double-takes of remote villagers who have never seen a limousine (let alone one tailed by a pink, 30 year old ice cream van crammed full of stuff and 20 year olds), negotiating pot holes and keeping a pair of house plants alive. It has been about comparing bowel movements, dealing with slightly above average heat and making half-assed decisions with whatever scraps of information we have left over from the last time we had wifi. It’s been pretty fun!

One thought on “Hungary, Romania and Bulgaria”